The widely acclaimed California-based band consists of Peter Hayes (vocal, guitar, harmonica), Robert Levon Been (vocal, bass, guitar), and Leah Shapiro (drums). They’ve been crafting perfectly honed, bluesy, psychedelic garage-rock since 1998 and return with their 7th studio album. These rock and roll stalwarts have been praised by NPR for their “gutsy rock ‘n’ roll” while Rolling Stone has called their sound “expansive” and Entertainment Weekly has called it “deeply hypnotic narco-blues.”

Wrong Creatures was produced by Nick Launay (Nick Cave, Arcade Fire) and is available for pre-sale beginning today in all digital music stores and directly through the band’s online store. “Little Thing Gone Wild” is available for purchase as an individual track beginning today and everyone who pre-orders the album will receive the song immediately. In addition to the CD & Digital album version, Wrong Creatures will also be available for pre-order in a deluxe box format, which, in addition to the exclusive colored vinyl LP, comes with a custom BRMC harmonica made by Höhner, and more. The deluxe box is available exclusively through the band’s online store.

Recorded in Los Angeles, Wrong Creatures takes a journey throughout rock’s history, taking unlikely twists and turns, both peppered with historic influences but also having one foot firmly in the present. Yet their focus still firmly set on returning to edge of the stage, never resting on their laurels and bringing people further into their live experience. “It’s a crazy making machine, it can chew you up good, i mean we literally toured till the wheels came off and Leah’s brain literally started leaking out of her head” say’s Been. “I know i’ve battled on and off with mental depression, and Pete’s head never came with any proper instructions.”

Wrong Creatures returns to the core of BRMC’s alchemy, yet plunges the knife in even further. From the Cave-esque murder balladry of “Haunt” to the garage punk of “Little Thing Gone Wild,” it runs the gamut allowing the band to flex every muscle in their armor. They remain opaque about the songs’ greater meanings, fearful of past misunderstandings. “I find myself writing about death a lot,” says Hayes. “I find myself having a discussion with death, which sounds dark. For me, it’s dark humor.” Talking about mortality allows Hayes to explore life’s great mistakes and regrets. Channeling them through rolling riffs and dirge-laden rhythms, however, extolls the demons within. It’s a great catharsis for the band, and it’s a great unifier for their audience who can also seek solace in the emotional heft.

Ultimately, the band are survivors during an era where rock’n’roll can often be overshadowed by garish pop and domineering hip-hop. Black Rebel Motorcycle Club have learned how to cut out all the noise and concentrate on what matters. Robert Levon Been: “We are truly an island – come hell or high water, so it’s usually best to dress accordingly. Though i’m not sure what the proper attire is when drowning in fire. But leather usually goes with everything.”

Black Rebel Motorcycle Club also announced their North American tour which will be kicking off on January 15, 2018 with dates in Washington DC, Boston, Brooklyn, Los Angeles, and more. The trio will also be hitting Europe and the UK for select tour dates this fall beginning October 23. The band has partnered with Plus 1 for the tour in which $1 from each ticket will be donated to War Child, a worldwide organization that supports programs aiding women & children dislocated and impacted by war, political unrest, terrorism and poverty.

War Child is an international award-winning charity that takes a long term approach to development, working with and investing in war-affected communities to help disrupt cycles of poverty and violence. War Child’s programs provide children and their families with access to education, economic opportunity and justice. Working to protect the most marginalized and vulnerable children where the needs are greatest, War Child operates in many of the most volatile regions of the world including South Sudan, Sudan, Uganda, Democratic Republic of Congo, Jordan, Iraq and Afghanistan. War Child believes that with the right support the 500,000 people its programs benefit each year can become the authors of their own future. http://www.warchildusa.org

“Musicians have always been at the forefront of social change and we are honored that Black Rebel Motorcycle Club have chosen to support War Child through Plus 1. In the midst of the worst refugee crisis since World War II and famine spreading across Eastern Africa, the need for our work has never been greater. The funds raised through this impactful partnership will benefit War Child’s humanitarian programs in support of children and families living with war at a time when the organization’s work is so critically needed.” -Dr. Samantha Nutt, Founder, War Child USA and War Child Canada

GET TICKETS FOR THEIR ROCK CITY SHOW AT http://bit.ly/2x0R1qh

NEW MUSIC FROM THE LEVELLERS Fri.07.Feb.20 The Levellers have just released their brand new video for ‘Food Roof Family’, the first single from their upcoming album! The legendary folk rockers are dropping their new album ‘PEACE’ on 14th August this year, and ‘Food Roof Family’ is an excellent taste of what’s to come. A rebellious reaction to uncertain times, expect an […] 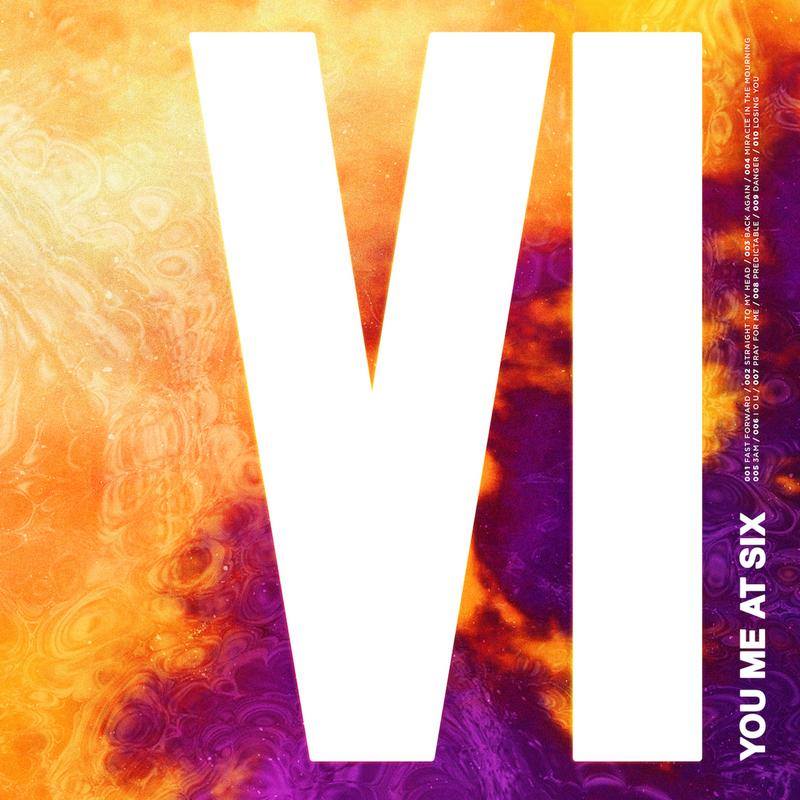 NEW MUSIC: You Me At Six Fri.05.Oct.18 NEW MUSIC: Here’s a message from the You Me At Six lads!! “Today is finally the day. Our brand new album, VI, is out now. We can’t wait to come to Nottingham and play it for you! Enjoy. Josh, Max, Dan, Matt and Chris x” Check it out: https://youmeatsix.lnk.to/VIFa