YUNGBLUD (Dominic Harrison) grew up in the north of England and rose to fame in 2018 with his first album ’21st-century liability’. YUNGBLUD started his tour ‘Occupy The UK’ and brought an explosion of raw energy to the stage. What YUNGBLUD has managed to do is create his own blend of ‘alternative rock: poetry, guitar-hooks and break-beats’. He is here at Rock City to perform two sold-out gigs in which he has brought that explosive raw energy.

On the night YUNGBLUD played some of his hit tracks such as ‘I Think I’m OKAY’, ‘Parents’ and ‘Fleabag’. On the night he killed it! There were mad moshpits and the crowd went crazy for it! He gave the crowd an encore in which he played ‘God save me, but don’t drown me out’ and ‘Machine Gun (F**k the NRA)’. The whole night he brought the energy and it reflected in the way the crowd reacted to him!

Here at Rock City, we are not only Nottinghams’,  but the Uk’s best live venue with a rich history of performers. We would like to say thank you to YUNGBLUD! He smashed it on the night and they added to the rich history here.

Furthermore, check out our gig guide and see if your other favourite artists are playing soon! We also have our club nights on a Thursday (Tuned), Friday (Get Lucky) and Saturday (Rebel Rebel) so check those out too!

Finally, if you enjoyed reading this blog post, make sure to check out our other posts ROCK CITY GIG POSTPONEMENTS AND CANCELLATIONS: LIVE LIST, Kasabian 2021 Tour and Bru-C | First Nottingham Rapper to Sell Out City! 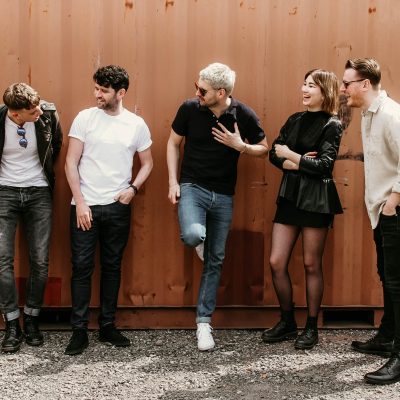 The Courteeners Thu.18.Nov.21 The Courteeners were formed in the year of 2006 in Manchester. The band consists of Liam Fray, Michael Campbell & Daniel Moores and has seen plenty success over the years! They have produced seven albums and have seen them reach the top every time. Including albums such as ‘St Jude’ & ‘St Jude Re:Wired’, ‘Anna’, […]

🎫 Less than 24 hours left to get on our pre-sale tickets list for the awesome @BlocParty 🎫 Sign up to our email list to get early access to tickets whenever we have pre-sale available: https://t.co/IbfFVZtNiF https://t.co/TyHrUlkHaa

🚨 GIG NEWS 🚨 We will have Covid entry restrictions in place for our @Pigsx7 show on Dec 8th. Find out what you need to do here: https://t.co/RW8uHVFEv0 https://t.co/FnJifKbjxL