BLOSSOMS ARE COMING TO ROCK CITY!

English quintet Blossoms burst onto the British scene in the 2010s, quickly rising from local clubs to festival stages within a few short years. Their breakthrough debut landed in 2016 after years of anticipation, topping charts and winning fans with a catchy, synth-forward blend of Brit-pop and indie rock heard on songs like hit single “Charlemagne.” Incorporating more new wave influences on their follow-up, 2018’s Cool Like You, the band maintained their presence on U.K. charts and on the touring circuit. By the end of the decade, they were selling out shows, including one at a hometown stadium. The group entered a new decade in 2020 with their third LP, the lovelorn Foolish Loving Spaces. They soon followed with 2022’s Ribbon Around the Bomb.

Formed in Stockport by school chums Tom Ogden (vocals, guitar) and Joe Donovan (drums), Blossoms later incorporated Charlie Salt (bass, vocals), Josh Dewhurst (guitar), and Myles Kellock (keyboards, vocals) to round out their lineup. Their sound was pigeonholed as psych-pop, which the band didn’t like; rather, they hit a sweet spot between the Doors and Arctic Monkeys, combining a knack for classic pop songwriting and moody organ atmospherics with a youthful energy. Ogden’s delivery occupied the space between Richard Ashcroft (the Verve) and Alex Turner, of the aforementioned Monkeys, as the group slithered from spooky, groovy warmth to peppy Brit-pop. Debut single “You Pulled a Gun on Me” was a fine example of this combination, and the band continued to develop on subsequent singles “Blow” and “Cut Me and I’ll Bleed.”

2015 saw the release of two EPs — Blown Rose and Charlemagne. As Blossoms gained exposure, they released another EP, At Most a Kiss, in February 2016. The four-song set featured some new elements in the band’s sound, including prominent synths and a more driving urgency. A month later, the group revealed plans for their debut full-length. The self-titled Blossoms was released in summer 2016, topping U.K. and Scottish charts. Months later, they bolstered the effort with an extended edition that included ten additional songs.

In early 2018, Blossoms issued the singles “I Can’t Stand It” and “There’s a Reason Why (I Never Returned Your Calls),” which both appeared on their sophomore effort, Cool Like You, an even more pop-leaning record that arrived in April. The band continued to build a devoted fan base, selling out shows across the country. Their third LP arrived in January 2020. Titled Foolish Loving Spaces, the project’s lyrical focus centered on themes of love and attachment, adopting a sound inspired by Talking Heads and U2, and gave them their second U.K. chart-topper. 2020’s COVID-19 lockdown saw the band digitally release the remotely recorded In Isolation, a stop-gap which included reworkings of some of their own songs and covers of tunes by Babybird, Elvis Costello, and the Beatles, and a recording of a show Live from the Plaza Theatre, Stockport; the two were bundled together for a physical release. 2022 brought Blossoms’ fourth studio album, Ribbon Around the Bomb, which saw a slight return to their early-’60s-inspired sound, with shades of Procol Harum.

General Sale tickets for Blossoms will be available 9am Friday 5th August, set a reminder below 👇👇

Pre-Sale tickets will be available 9am Wednesday 3rd August (2 days before everyone else). Sign up below 👇👇 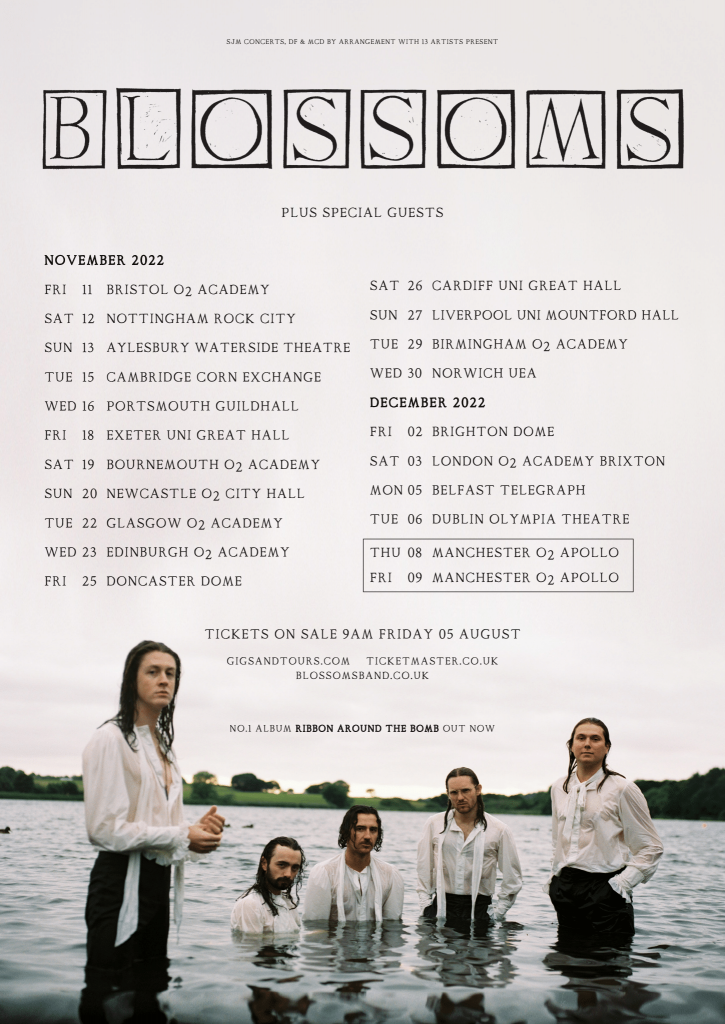 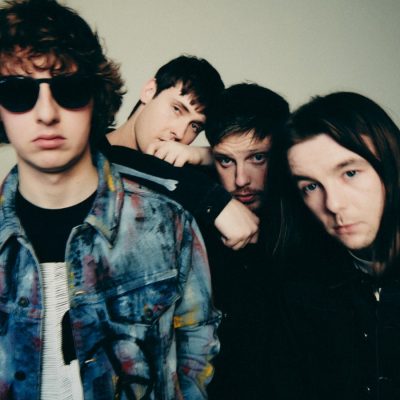 THE SNUTS ANNOUNCE ROCK CITY SHOW Tue.12.Jul.22 Indie rockers The Snuts are coming to Rock City in October! Hot off the back of a monumental main stage performance over the weekend at TRNSMT Festival, as well as an epic debut performance at Glastonbury last month, The Snuts mean business as they announce a big 14-date UK headline tour for October this year, […]