COHEED, THRICE AND TOUCHE AMORE – IN ONE SHOW?!

Yep, you read that right, we’ve got an awesome show booked in with Coheed and Cambria, Thrice AND Touche Amore all on the same line-up! 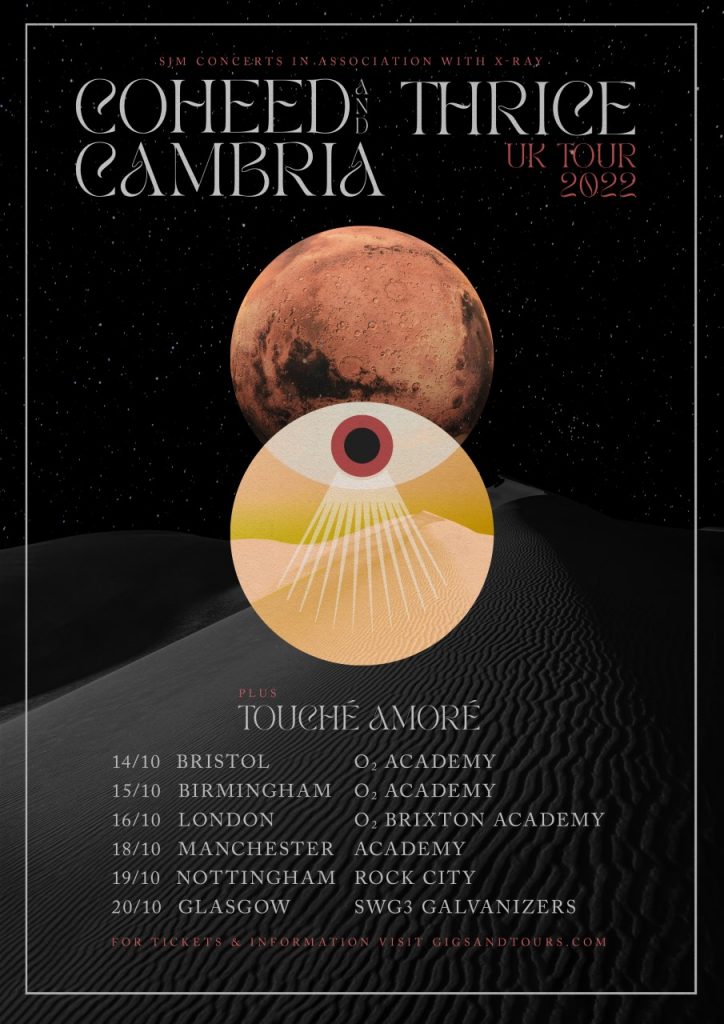 Coheed and Cambria is a rare band whose music is able to transcend “scenes” and effortlessly cross genres of rock – from indie to progressive, to metal and pop-punk to classic rock. The band is frequently compared to progressive, operatic rock bands of the ‘70s, ala Queen, Supertramp or Rush due to their thrilling concept albums that take you on a grand journey of sounds and often clock-in around 10 mins, but still somehow include sugary pop-laden hooks.

The group’s following has grown steadily every album, partly due to their ferocious live show that brings fans to their knees with an equally expansive light show. This summer, the band will be performing songs from their expansive catalog, and we can only imagine they’ll pull a few new tricks from up their sleeves.

Since forming Thrice with guitarist Teppei Teranishi, bassist Eddie Breckenridge, and drummer Riley Breckenridge in 1998, Kensrue has never been one to back down from a mental fight. This mood is set by the opening synth-driven number “Color of the Sky,” which sounds well-suited to accompany the closing credits of the Stranger Things season finale. Think Flying Lotus giving way to Elbow and setting the listener down in a new dimension. A self-recorded effort, Horizons/East conveys a palpable sense of danger, determination, and possibility. Scott Evans (Sleep, Kowloon Walled City, Yautja, Town Portal) is on mixing duties, conjuring a landscape of gloom, glow, and glory.

On “Buried in the Sun,” which had the working title of “D.C. Bass,” the band’s fondness for bands like Fugazi and Frodus comes to the fore. In it we learn that there’s a military-industrial complex, a vast apparatus of legal bullying, to take on (I saw the fire on the television/the DoD or the CIA), but the threat to our mental health in acknowledging our own country’s participation in the terror trade is both immersive and interior. The psychic struggle will often come down to what we’re doing with our tools, how we hold what passes before our minds in dreams and on screens. There’s a lot to take in and a lot to be mad about, but Horizons/East invites us to slow tape and see.

Touché Amoré has been burrowing through angst, alienation, cancer, and death throughout four adored studio albums. After over a decade of working through darkness, the band’s gorgeously gruff fifth album, Lament, finds the light at the end of the tunnel. Through 11 songs, Touché Amoré looks back at its past and uses hard-won optimism to point its fans toward light, and love.

Lament is their masterstroke. Its longer, structured songs soar with a ferocious but delicate musicality and powerful, gut-wrenching storytelling that smashes previous heights. Yet as much as the band has grown and matured via everything they’ve endured, it’s perhaps equally impressive how they’ve managed to stay true to their core…

Lament is a widescreen view at the constant fragility we face as people, as well as, life-after-jarring-trauma that we all must endure at some time or another.

Ultimately, the message from Lament? Bolm sums it up best: “That time doesn’t heal. That love can nurture. That it’s okay to not be okay.”

Tickets for the Coheed and Cambria show go on sale 10am Friday 27th May. 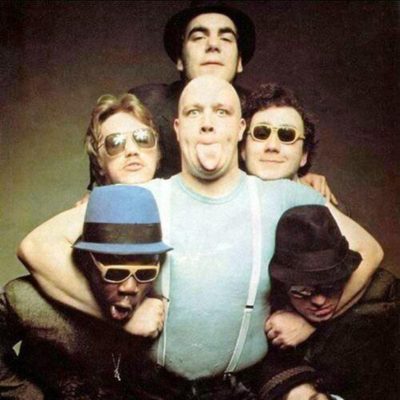