Indie rockers The Snuts are coming to Rock City in October!

Hot off the back of a monumental main stage performance over the weekend at TRNSMT Festival, as well as an epic debut performance at Glastonbury last month, The Snuts mean business as they announce a big 14-date UK headline tour for October this year, including dates at London’s KOKO and Glasgow’s O2 Academy. Today’s news comes as yet another in a series of exciting announcements which have included the video for their new single ‘The Rodeo’, the fourth taste from their highly-anticipated new album Burn The Empire, out October 7th on Parlophone Records. The album follows their acclaimed, number 1-selling debut album, W.L. 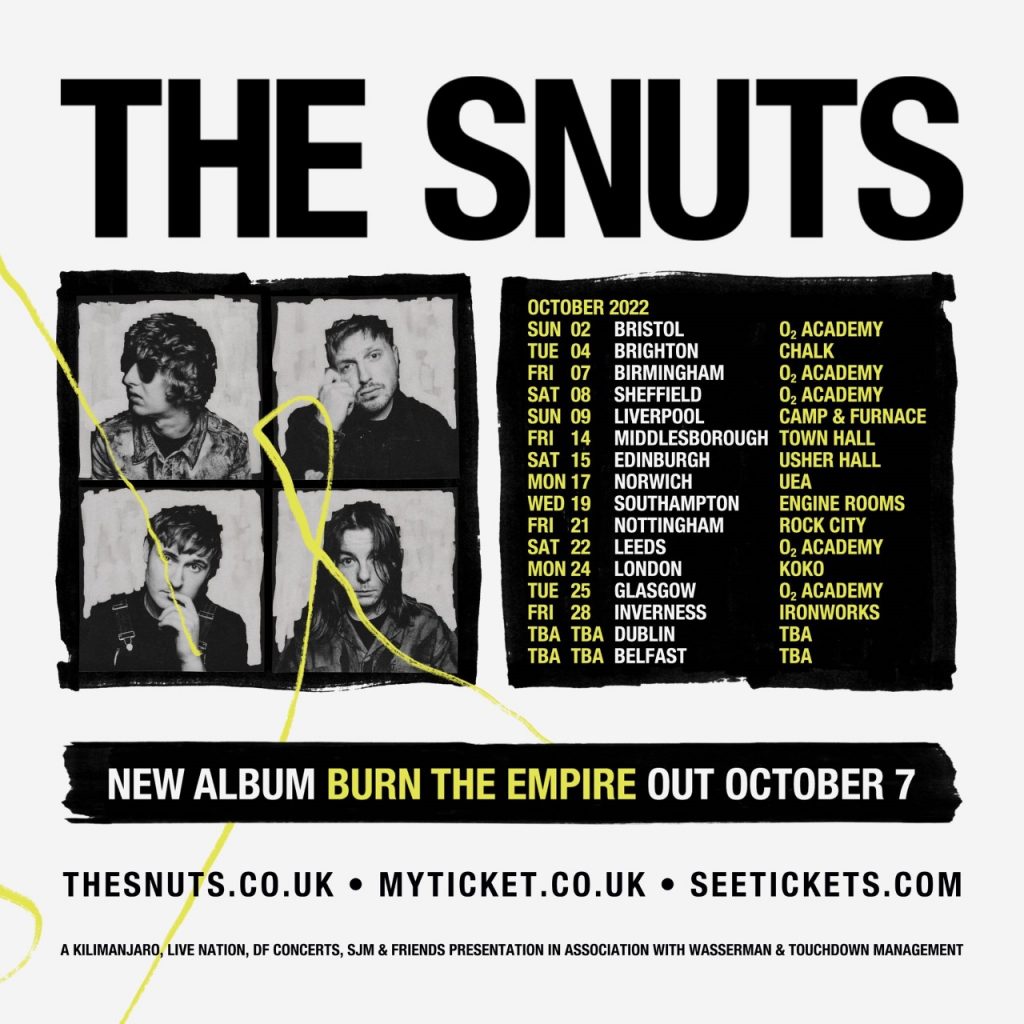 The video was directed by Alice Backham (Coldplay, Wet Leg, Rachel Chinouriri) and shot in Mexico City across the band’s recent dates, watch below 👇👇

One of the most exciting acts in the UK right now, The Snuts deliver 11 slices of sonic brilliance on Burn The Empire. Produced by longtime collaborators Detonate and Clarence Coffee Jr the album continues the band’s evolution both sonically and lyrically. A voice for the next generation lead singer Jack Cochrane attacks subjects affecting the youth of today. Opening with the album’s title track, a no holds barred protest against the corrupt corporations and politicians, the album delves into the negative effects of social media on ‘Zuckerpunch’ and ‘13’ tackles the lack of mental health services and the lethal effects of poverty across Britain and its impact on society.

“The universe delivered us time to create a record where we finally felt we could address some of the topics, be it societal or spiritual, that we have been dying to scream out,” Jack said of the album. “There are songs about the highs & lows, stuff we really want to talk about and things we cannot help but feel, but have just never made the space to.”

Infectious, euphoric, heartfelt and packed to the brim with hooks, Burn The Empire is the work of a band living in the moment, with an eye to the future. Armed with a chart-topping album and an arsenal of adoring fans up and down the country, these four lads from Whitburn, West Lothian, are well on their way to being one of the most vital bands of recent years.