The future king of 2020 Yungblud has confirmed that he will be appearing at Rock City for not just one, but TWO shows in May!

After selling out his multiple night run in London, Yungblud has now scheduled shows in Glasgow and Nottingham due to huge demand. The Doncaster lad has now conquered the globe with his emo-rock-rap-pop anthems. His EP ‘The Underrated Youth’ hitting number 6 on the UK Album Chart, with Dan Reynolds of Imagine Dragons featuring on the huge tune ‘Original Me’. A fan of collaboration, Yungblud has also worked with Machine Gun Kelly and on ‘I Think I’m OKAY’ and Halsey on ’11 Minutes’, both of which also featured Travis Barker. He’s even been featured on 13 Reasons Why and Fast and Furious’ Hobbs and Shaw. 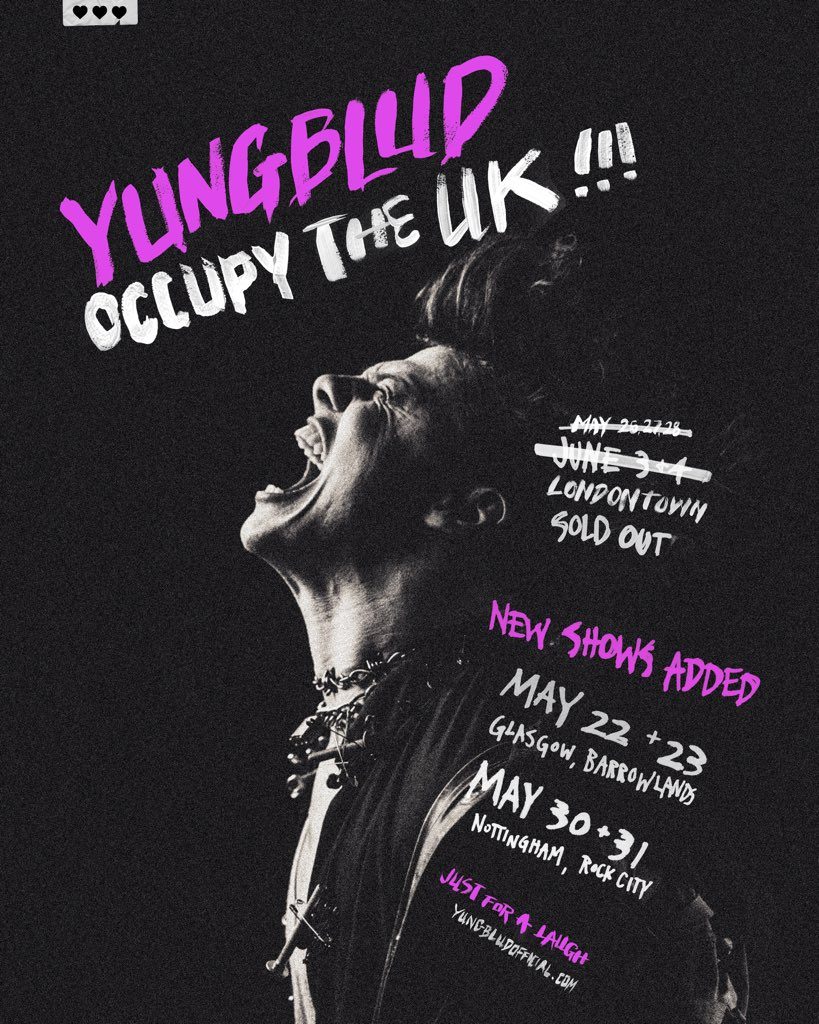 He absolutely owned the Warp Tour, Lollapalooza and Reading Festival. His live show packs a punch, channelling his raw energy and unique blend of alternative rock. Break-beats thump through huge choruses and guitar hooks, with his emotionally charged, authentic sound bringing something fresh to the table.

‘YUNGBLUD has this magnetic quality. It’s there when he performs live, this addictive nature that pulls fans closer and closer, demolishing the line between artist and crowd.’ – Clash Magazine

‘Doncaster lad done good making a crack at breaking both Britain and America simultaneously with a set of brash rock anthems tailor-made for a new generation.’ – NME

‘Dominic Harrison has a kind of relentless, infectious energy you can’t ignore.’ – Metro

He’ll be here at Rock City, Nottingham, on Saturday 30th May and Sunday 31st May. Tickets go on sale Friday 31st January here.

Listen to Yungblud below! 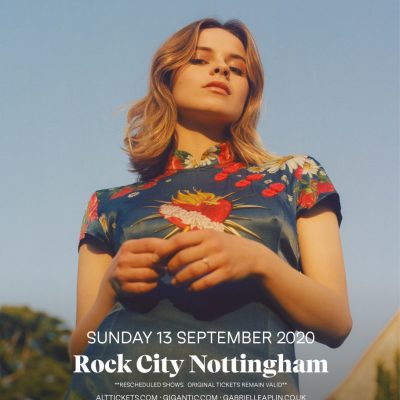 GABRIELLE APLIN RESCHEDULES ROCK CITY SHOW Fri.13.Mar.20 Singer-songwriter Gabrielle Aplin was due to perform here at Rock City tomorrow (Saturday 14th March), but we are sorry to say that the show is now being rescheduled to September. We have a statement from Gabrielle below: Hey everyone. Im so sorry to do this but my team and I have made the difficult decision […]

🧯Another day another amazing gig! Tonight we we

🥳Tonight we hosted the fantastic @blackstoneche

🚨GIG NEWS 🚨 We've found a new date for our long awaited @george_clinton show!! 🥳🥳 He'll now be joining us on 22nd May 2022! 📅📅 If you had tickets for the original show way back in June 2020, well they're still valid! More go on sale Monday via @alttickets https://t.co/QT4xpErIs9