After a Covid-enforced hiatus, the much-loved fundraising festival Beat The Streets returns on Sunday!

Beat The Streets Festival is now a Nottingham institution, giving the world a refreshing kick up the proverbial every January with a day of live music and good deeds. This year, over 50 artists will play across 7 stages, raising money for Notts charity Framework. The proceeds will then go to helping Nottingham’s homeless. Wristbands for the event start at just £8.00, with a pay-what-you-can scheme. We caught up with singer-songwriter Emzae, who will be opening the Rock City Beta stage on the day!

Hi Emzae! So, Beat The Streets is on Sunday! How are you feeling about it? Will it be your first time playing live for a while?

It’s the first time since November last year. I’ve managed to make a few gigs here and there work since the pandemic began, but it’s definitely not the easiest of tasks. It will be a strange feeling to be back on the same stage I was on in January 2020, which was one of the last gigs I played before everything happened. Hopefully strange but good. On a serious note, the charities supported by Beat the Streets need the ticket and merchandise money more than ever right now, so I hope there’s a good turnout and the people who can afford to do so give as generously as they can. There’s an incredible line-up of artists and i’m proud to be a small part of it.

Beat The Streets is a great kick off for 2022, here’s hoping the rest of the year is full of live music and fun times! What’s your plans for this year?

My new single Extraordinary comes out on 25th February, so i’m getting ready to release that. I’m also back in Notts just two days after Beat the Streets to support LoneLady at the Bodega, which is a massive thing for me that i’m looking forward to/nervous about in equal parts. Other than all of that, i’m hoping to finally finish the album I’ve been working on since 2017 this year. But I’ve been saying that since 2017, so make of that what you will! 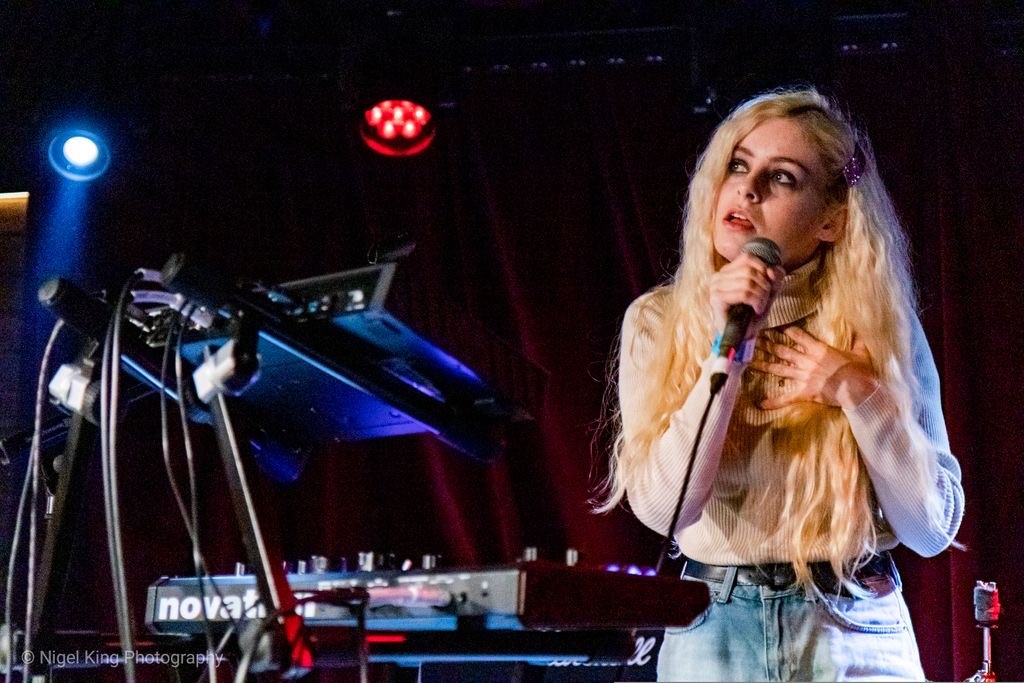 Emzae at Beat The Streets 2019, photo by Nigel King

We heard you appear in the documentary Women Make Music for Huw Stephens on BBC 6music, can you tell us a bit more about it?

It was a project by the amazing Notts artist Emily Makis in partnership with Rural Media, and I was recommended to her by a friend. We recorded an interview for it and each of the artists involved recorded an original composition especially for the documentary. I made a song called Can’t Count, which I wrote, recorded, mixed and mastered myself in the space of a few weeks. It was a tight deadline but very rewarding. You can listen to the finished song on my bandcamp! It was also very exciting to find out that 6music were airing the documentary. It was a brilliant moment to be able to listen to it back, and all in all i’m just super thankful to have been chosen to be a part of it.

For anyone that’s new to the world of Emzae, how would you describe yourself? Where would you suggest they start with your awesome back-catalogue?

I make everything myself in my bedroom, and I would basically describe it as pop, or as some cool people say, alt-pop. I don’t like to stick rigidly to one sound and sometimes I play around with structure. I sometimes use audio recordings of nature and what not in my songs, and I always have loads of vocal layers. I’m not great at selling myself, so it takes me a while to write press materials, as you can imagine. I’m massively influenced by everything from Lana Del Rey, Fiona Apple and Damon Albarn to mid-late 2000s Timbaland, Danja and Britney Spears. Perhaps you can hear slight elements of each in my music, but I personally don’t think I have the honour of sounding like any of them! If someone was looking for a place to start with emzae-ness, then i’d recommend listening to Lucid Dreaming and going from there.

Beat The Streets is a hugely important fundraising festival, how does it feel to be a part of it?

In terms of the fundraising aspect, I think Beat the Streets is such a vital event and it’s great that it exists as another way to help out some of the people most in need. Everyone involved works so hard on it, and it doesn’t go unnoticed. In terms of playing the festival myself, I never dreamt i’d be asked to play even once, let alone this being my third time. It’s a huge privilege to be able to perform at Rock City Beta as part of a festival organised by DHP Family after coming from my bedroom in Derby with no contacts.

Thanks for the chat! We’re looking forward to seeing you on Sunday!

Beat The Streets will take over venues across Nottingham on Sunday 30th January. Wristbands are available for just £8.00.

PAY WHAT YOU CAN
BUY TICKETS