Wow. What a week of festival announcement’s it’s been. We have hardly been able to contain ourselves here at Rock City towers, hit after hit of unreal lineup revelations has left us absolutely wetting our knickers in excitement. Simo spent half of yesterday breathing into a brown paper bag, such was his elation!

In reality, it actually all kicked off a couple of weeks ago with the Hit The Deck 2015 announcement. Coming to Nottingham on 26th April 2015, get ready for a shed load of amazing bands at awesome venues across the city, including Rock City… you won’t want to miss out. Already confirmed for this year are Skindred, Cancer Bats, Allusondrugs and Devil Sold His Soul plus a whole host of other amazing bands! Go grab your tickets from Alt-Tickets before it’s too late! 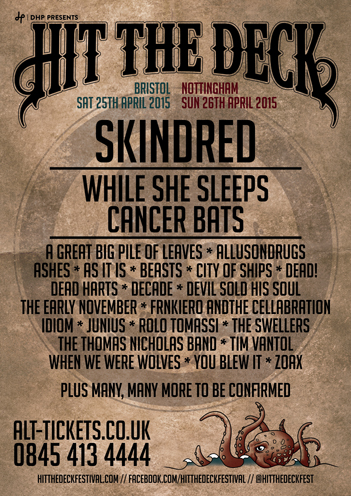 Following up from that ‘POW‘ was a ‘BOOOOOM!’ with the announcement of No Tomorrow Festival @ Wollaton Park, Nottingham. People who went to last year’s debut No Tomorrow can testify, it is definitely not to be missed.

Back and in its second year, the weekend of the 6th and 7th of June is one to put in your diaries! Platinum selling John Newman, as well as Mercury Prize nominee Jessie Ware have already been confirmed for this one, along with James Bay and Bondex, with plenty more announcements to come. Across No Tomorrow’s several stages the festival also boasts many more performances and a number of the finest international DJ talents. Bondax, DJ EZ, and Eton Messy will be delivering epic DJ set across the dance music spectrum. 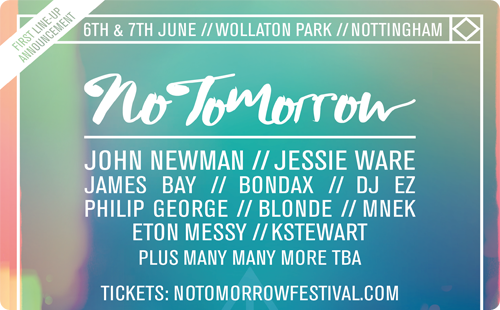 Following up from that ‘BOOOOM‘ was an ‘OMGWTFHELLYEAH!!!‘ with the announcement of this year’s Dot To Dot, coming to Nottingham on 24th May 2015. And not only that, it’s Dot to Dot’s TENTH birthday!

With some killer acts already lined up, venues across Nottingham are prepared for an INVASION of talent, sold out crowds and an unreal atmosphere across the city. Getting involved with this one are, of course, ourselves along with Rescue Rooms, Red Room, Stealth, Bodega, Nottingham Trent Student’s Union  Spanky Van Dykes. And if you thought that was pretty awesome in itself, wait until you hear the lineup announced so far… are you ready?!

Saint Raymond, Rae Morris, The Wytches, Laura Doggett, Honeyblood, Hinds, Josef Salvat, April Towers and MANY MORE! You can get your tickets from Alt-Tickets! 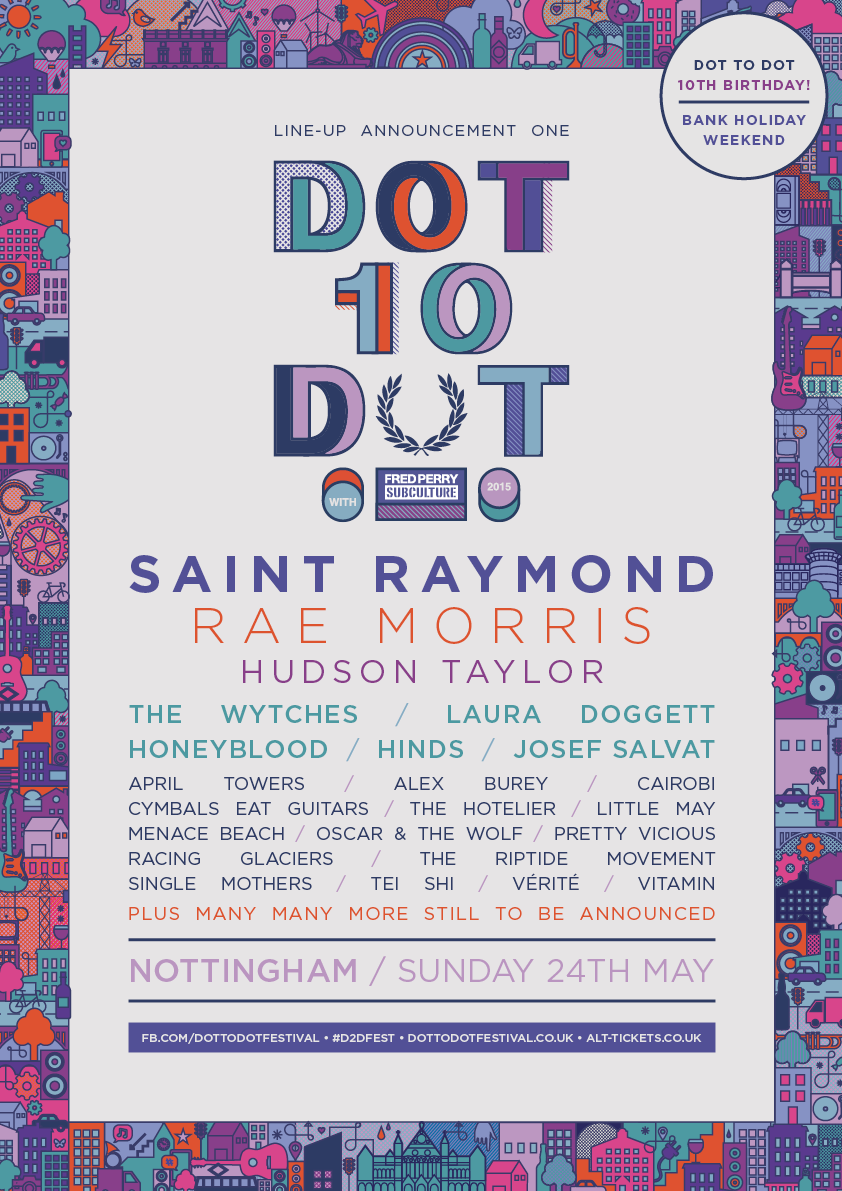 Last, but definitely not least… was the announcement of Splendour. Set in the stunning grounds of Wollaton Hall, Splendour Festival has grown to become Nottingham’s largest outdoor music event, attracting over 20,000 people of all ages. Internationally-renowned artists will once again share the stage with local upcoming talents for this one-day family-friendly festival.

Hot on the heels of two sold out shows at Rock City last year, The Specials will be bringing their infectious blend of two-tone Jamaican ska and punk energy to the main stage at Splendour for the first time.

For those who missed out getting their hands on tickets for the fast selling shows last November and for all those who want to get their skank on again, Saturday 18 July 2015 will be another chance to see the band renowned for the energy of their live performance, but this time in the beautiful setting of Wollaton Park.

Widely credited with changing the face of pop in the late 70s, The Specials reformed in 2008 and have gone on to tour the world, playing to bigger audiences than ever before.

This summer the 20,000 Splendour Festival crowd can enjoy the two-tone revival with hits such as A Message to you Rudy, Too Much Too Young and Ghost Town sure to feature in the headlining set.

Promoter DHP Family will be announcing further acts for the three stages in the coming weeks and months. Already promised is an even bigger and better entertainment offering with fringe acts and a new expanded children’s entertainment area helping to deliver one of the city’s biggest and best family days out. Make sure you don’t miss out. You can get your tickets from Alt-Tickets! 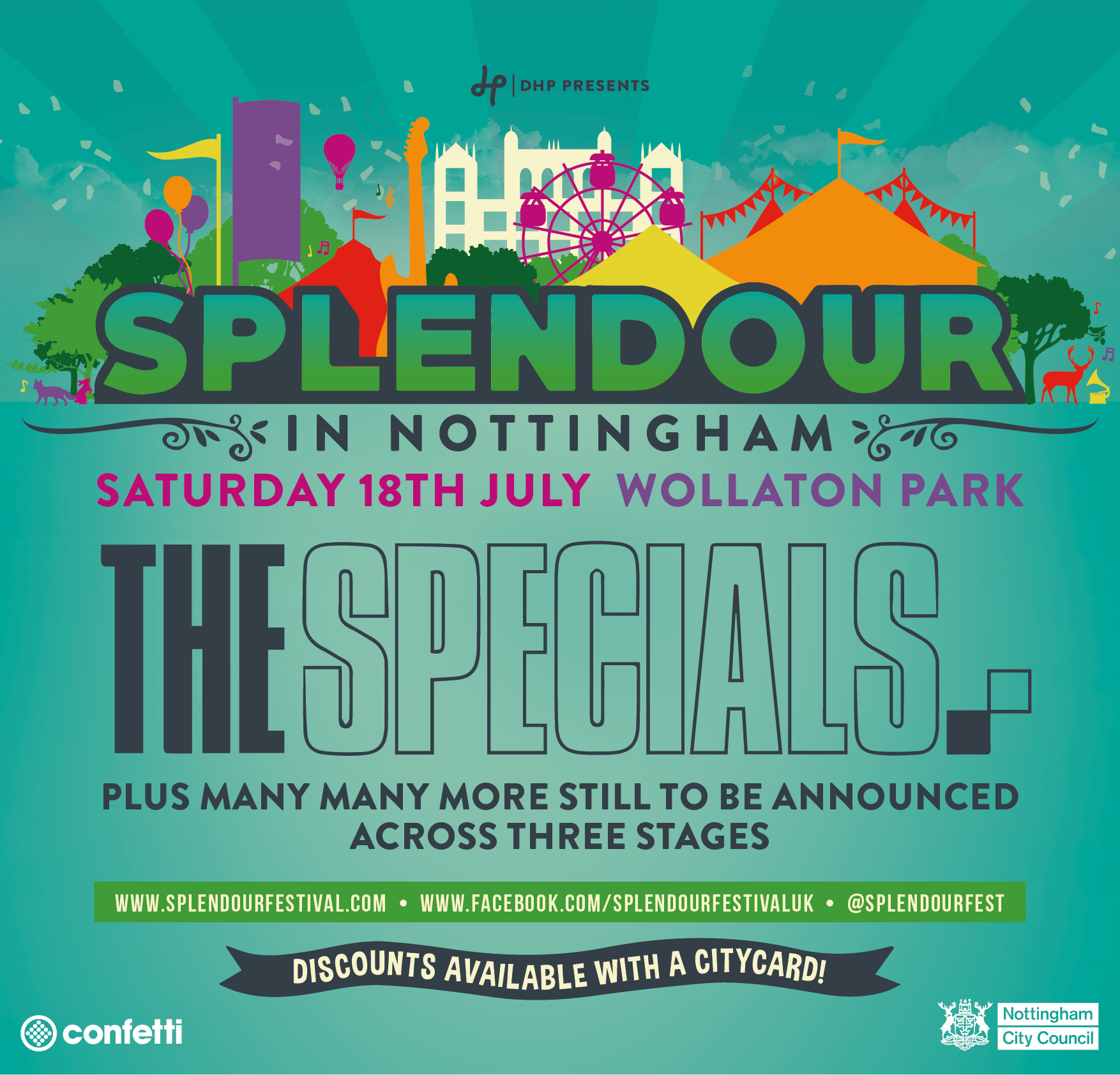